Because sound waves will reflect when they encounter obstacles, so inserting a dense barrier between the source and receiver reduces noise. 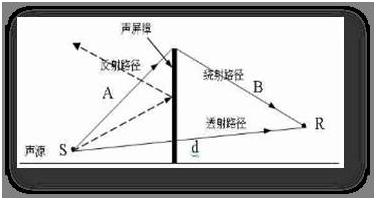 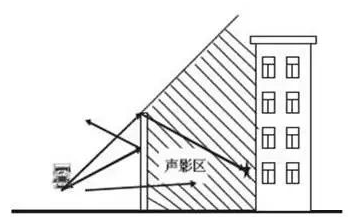 Insertion loss and its calculation

There are many vehicles on the road, the picture below shows the spectrum of the bus at a constant speed, the measuring point in the car. 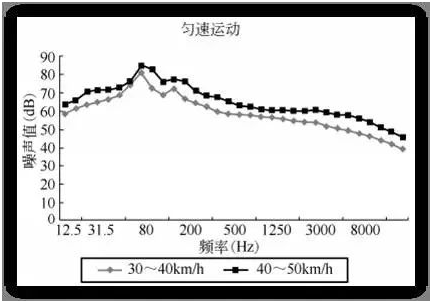 Considering that the A-weighted spectrum of the car engine is mainly highlighted at 250~2000Hz, therefore the amount of attenuation of the traffic noise A sound level can be roughly determined by the attenuation produced by the sound barrier at 500 Hz. 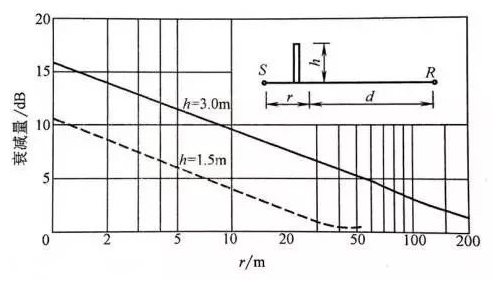 Attenuation by placing a h high sound barrier between the observer R and a point source with a frequency of 500 Hz, applicable to the case where d is much larger than r. For example, d=r.

The figure above shows the sound attenuation of the sound barrier height between 1.5m and 3m above the line of sight between the source and the receiver. Line applies to:

The sound source distance r and the receiver distance d are both greater than the barrier height h;

The barrier is thin and the surface is a reflector;

The barrier length is at least 4 times larger than either r or d. 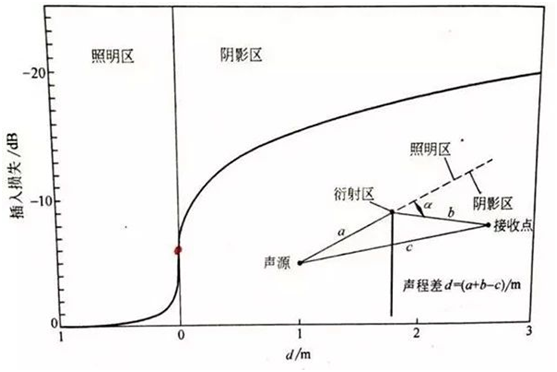 For an infinitely long sound barrier with sufficient sound insulation,

In the formula, ΔL is the insertion loss (dB);d is sound path difference, d=a+b-c(m);f is frequency(Hz).

It can be seen from the above formula:

Even if the difference in sound path is small, there also has a 5dB insertion loss.

Theoretically speaking, the greater the insertion loss of the sound barrier, but no more than 24dB.

For line source, such as traffic noise, the length of the sound barrier should be: 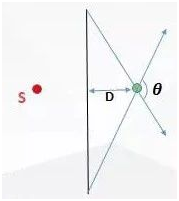 The position of the sound barrier should be as close as possible to the sound source, this will help expand the sound and shadow area, thereby improving sound attenuation.

The higher the sound barrier, the larger the shaded area, the greater the attenuation of the sound, this is obvious.

The form of the sound barrier also has a greater impact on sound attenuation.

Next:Leeyin Acoustics is Opened for Business Again
Previous: What are the Characteristics of Wooden Acoustic Panels?
NAVIGATION
Contact Us